A look at how Brixton has transformed over the years 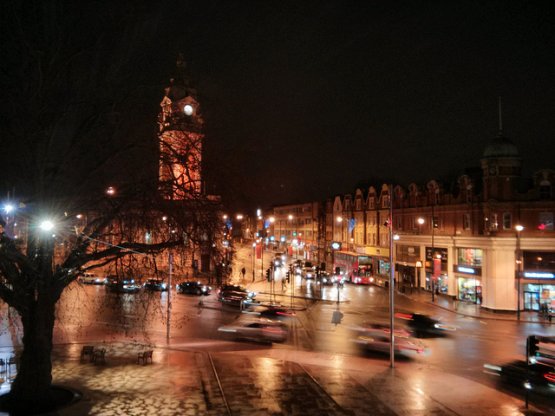 If you'd have asked someone 10 years ago what they thought of Brixton, they'd probably have mentioned drugs, parties and young, cool people. And of course Brixton still has that vibe – not that we know anything about the drugs – but the area is still associated with party people who wanted to enjoy themselves.

Interestingly during the Victorian era, Brixton was seen as very middle class. It was only later that this turned around after the massive, pricey homes near Acre Lane and Electric Avenue built for businessmen, lawyers and accountants were converted into boarding houses. Sporadically SW8 was seen as rather rough round the edges – a bit bohemian – and has also been known for its ethnic tensions in the past.

However, the times they are a changin' - again! These days, it seems that rather than being directly linked with a younger, more dynamic demographic; many families and affluent professionals now view this south London suburb as being both respectable and desirable. This has pushed property prices sky-high and left long-term residents concerned that the individuality of the area is being lost along the way. According to figures, prices are up by 35% and Brixton is one of the only three London locations south of the Thames where prices have risen 30% or more in the five years up to 2012.

Perhaps one of the indicators of the gentrification of the area is the fact that a bar called Champagne + Fromage opened in Brixton Village, where a bistro served £12 glasses of Brut along with other delicacies such as snail raclette. Although this trend hasn't come without criticism, money seems to be flooding into Brixton like nobody's business. And the great thing about Brixton is that there's still a chance to make a great profit on any property you do purchase – without the extortionate prices you get north of the river.

As with all popular areas, one of the reason Brixton's become so sought-after is because of its transport links and good schools. Several local schools have been deemed "outstanding" by Ofsted and the range of the property is also a big draw. As well as this, Brixton's very popular with foodies - with Brixton Village Market attracting those looking to sample lots of delicious food in a lively environment. There are also lots of independent restaurants, such as Brixton Cornercopia and Casa Morita - although chains are also keen to get in on the action!

To summarise: regeneration schemes by Lambeth Council, the fantastic location and the rebirth of Brixton Village; are all contributory factors when it comes to boosting Brixton's popularity with more affluent residents. And of course, there's still the 'edgy' feel that Brixton emanates - perfect for first-time buyers looking to live in a cool area.

If you're looking to invest your money, for a family home, or you're a first-time buyer wanting to live in a postcode with a brilliant vibe; contact us immediately and we'll help you find something you like.