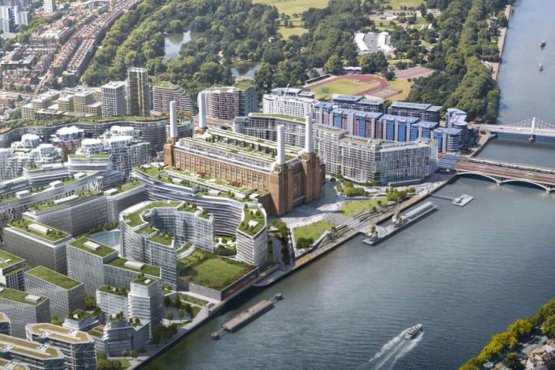 The iPhone and iPad maker will move 1400 staff from eight sites around the capital into what it calls “a new Apple campus” at the Grade II* listed former electricity generator.

Apple said it was looking forward to the 2021 opening of “our new London campus” as staff relocate to “this magnificent new development at one of the city’s best-known landmarks”.

It added: “This is a great opportunity to have our entire team working and collaborating in one location while supporting the renovation of a neighbourhood rich with history.”

Apple is leasing 500,000 sq ft in total, making it one of the biggest single office deals signed in London outside the City and Docklands in the past 20 years.

It has taken enough space for 3000 employees, giving it room to hire more as its operation grows in London.

Its new campus will represent about 40% of the office space at the power station site and will occupy the top six floors inside the former boiler house.

The deal is understood to have taken about a year to negotiate. It will be seen as a major symbolic boost for the Malaysian-backed regeneration amid concerns about stalling foreign investment in the vast Nine Elms development zone on the South Bank.


“It is a further sign London is open to the world’s biggest brands and the leading city for trade and investment.”

Chancellor Philip Hammond said: “Apple’s decision further strengthens London’s position as a global technology hub and demonstrates how the UK is at the forefront of the next steps in the tech revolution. It’s another vote of confidence in the UK economy.”

For more information, click on the link below
Evening Standard