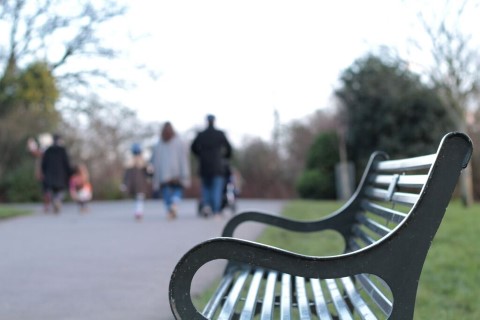 As Britain decides whether to remain in the EU or not, politicians, business leaders and the media would have you believe that the once-in-a-lifetime referendum will have a long-term impact on London’s economic prosperity...

...And whether buying a home in property hot spots such as Brixton and Battersea will remain a wise investment.

The outcome of today’s referendum will do nothing to silence debate about Britain’s role in Europe, it will go a long way towards determining the health of the residential property market in Battersea and Brixton for the next six months and beyond.

The best-case scenario for the property market in the two areas of London that Eden Harper has an encyclopedic knowledge of would be for Britain to remain in the EU.

Political and economic uncertainty often causes buyers, sellers and tenants to put their property plans on hold. Here at Eden Harper, we are aware of potential buyers in Brixton who are waiting for Britain’s status within the EU to become clear before deciding whether to purchase a home in walking distance of the Portuguese Deli on the corner Atlantic Road and Brixton Road.

If Britain votes to remain in the EU, we predict the property market in Brixton and Battersea will spring back to life on the back of rising confidence in London.

Eden Harper has noted a decline in the number of buyer enquiries in the second quarter of 2016 that is similar to the run up to the 2015 General Election. That was due to the top end of the London property market going into hibernation because of the Labour Party’s plan to introduce a mansion tax on the owners of homes worth £2m.

But following the Conservative Party gaining an overall majority – which gave Prime Minister David Cameron the mandate to hold today’s referendum – buyers renewed their interest in property in every price range.
Rather than doubts about London’s status as a safe haven for property investment if Britain exits the EU, there is another factor behind the recent reduction in buyer activity. The introduction of a 3% stamp duty surcharge on second homes led investors to complete purchases in Battersea and Brixton before it came into force on 1 April.

What if Britain votes to leave the EU? London will remain one of the world’s greatest cities and a leading financial centre, attracting both internal and external investment.

The most desirable homes in Battersea and Brixton were built long before the European Economic Community was formed in 1957, and their value will remain high whether Britain stays in the EU or not.
The same goes for modern properties because demand for homes in both Brixton and Battersea far outstrips their supply.

However, clouds of uncertainty will gather over the property market in London and beyond for the two years it will probably take Britain to negotiate its exit from the EU.

On top of this, it is likely we will face another general election – creating yet more uncertainty in the property market.

The upside of a Brexit, however, is if predictions that the value of the pound will slump prove correct, property in Brixton and Battersea will be better value for overseas investors.

To discover how much your home in Brixton or Battersea is worth, contact Eden Harper’s valuations team today.