New research has shown that households with the national average mortgage of £180,000, would struggle to meet repayments if interest rates were to rise by just 0.25%.

The data was released by Money Advice Service (MAS) and reveals that 47% of UK households would find it tough to cover a hike of just £150 in their monthly mortgage. Nearly one in five (19%) said they'd have problems with any increase in their monthly installments.

The government-backed advisory service, set up as an independent body with responsibility for improving people's money management five years ago, adds that 5% of the people surveyed would use a credit card to cover any hike in repayments; with 2% even saying they'd resort to a payday loan!

This is not good news for indebted householders, but let's face it: interest rates are likely to rise at some stage this year. After all, the base rate's been at a an all-time low of 0.5% for over five years and as the economic outlook grows more positive, Bank of England Governor Mark Carney has said that rates will move towards a "new normal" of 2.5-3%.

There's been much to-ing and fro-ing over the issue of interest rate rises, so it's hard to know exactly what will happen and when, as predictions change from one month to the next. For example, at the start of last year, Carney changed the benchmark from 7% unemployment; saying the policy will now be determined by a wider range of indicators, such as wage growth. He added that rates will rise "gradually" but this could mean as little as a quarter or as much as a full percent.

Therefore it's very important to make sure that you're prepared if you have a mortgage - even if you're on a fixed rate. If you purchased your property after 2008, you may well have grown accustomed to interest rates being very low; but make sure you don't get too used to it and that you make the necessary plans to budget for rises. 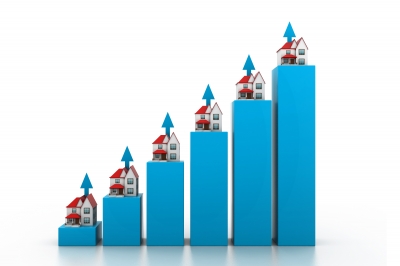 The Money Advice Service says that it's vital that householders work out how much they can afford and budget accordingly. Their budget planner tool can help you do this if you want to find out how much a 3% interest rate rise would affect your finances. This will show you what's coming in and going out; and how much you have left at the end. It's also important to analyse exactly where your money's going - use the cut back calculator to discover areas where you can save.

As well as this, you could think about overpaying if possible; you could use spare savings to make overpayments to your mortgage - just make sure you check with your lender to see if there are any extra fees. Even overpaying by just £100 a month on a £120,000 25-year mortgage charging 4% will save you £15,000 in interest payments and will clear it in 20 years. If you pay off as much as you can before rate rises, you'll be affected less when they do come into play. However, it's always best to consider all the options as this article from MAS shows.

And finally, this infographic demonstrates just how much holders of the average mortgage would pay when rates inevitably increase. It also offers fantastic tips and trick on how to knock £5,000 a year off your household expenditure - always useful even if you don't have a mortgage at all!