Our guide to Battersea

First and foremost we're letting agents and estate agents but here we’ve tried to capture the best bits about Battersea for those of you considering making your home here. We’ve probably only touched on the reasons why but we hope it gives you an idea why we’re so passionate about the place where we work. It’s a beautiful area with enormously varied appeal, and now with the redevelopment of the Power Station and new tube stations (all coming very soon)…read on for our guide to why you should be thinking about living here.

Battersea is a sought-after area in South West London, in the Borough of Wandsworth which currently has the lowest council tax in the country. Encompassing the SW8 and SW11 postcodes, it borders the south side of the River Thames, and neighbours Fulham and Chelsea across the river, Nine Elms and Vauxhall to the east, Stockwell and Clapham Common to the south and Wandsworth to the west.

The excellent transport links and vibrant bar and restaurant scene mean Battersea is a favourite with young professionals and more and more so for first-time buyers.

Richard Symes, director of our Eden Harper Battersea office says: ‘We also let a number of flats and houses to young professional sharers. Apart from the obvious attractions the area has to offer – the river, the Park, the proximity to Chelsea - it’s right in the heart of London so flatmates who work in different corners of the Capital all have an easy commute into work’.

The schools, upmarket children's shops and even a specialist children's hairdresser, mean that young families looking for a child-friendly community are drawn to the area too. In fact, the large number of babies and toddlers have earned the Northcote Road area, between Wandsworth Common and Clapham Common the nickname ‘Nappy Valley’ as it’s such a popular location for young families and couples looking to settle down but still within easy reach of the West End and City.

There's a massive variety of property styles in Battersea to suite you, just ask our Battersea office team. The period properties are the most prominent, mainly Victorian buildings with honey-coloured bricks on smart tree-lined avenues, some of which have been converted into flats. There are fabulous Victorian terraces, attractive late Victorian ‘Arts & Crafts’ mansion buildings around Prince of Wales Drive (the best address south of the river?), exclusive riverside flats along the south bank between Vauxhall and Wandsworth, including two blocks built by some of Britain's star architects, the Montevetro Building (Lord Richard Rogers) and Albion Riverside (Norman Foster).

Battersea suffered its fair share of bombing during WW2 so there are areas of 1950’s and 1960’s built property. Many were council housing but have now become almost as in demand as their period neighbours.

Richard says: ‘The mansion flats facing the park are really fantastic – we have a constant stream of buyers and tenants desperately keen to find one. Kingsway Square too, which was a stylish Victorian School with amazing period features, was converted and extended into luxury apartments in 2007. We have tenants in dozens of flats there and like POW Drive find there are never enough to go around’.

The 39 acre site of this iconic building has now been redeveloped as residential flats, shops, offices, hotels, sporting venues, theatres and a riverside park. It has become a new ‘Town Centre’ in its own right and has transformed the south bank of the Thames, attracting a new generation of people to this area of London.

The long-awaited restoration and development of the famous chimneys is almost complete. It will combine with the redevelopment of the whole Nine Elms area between Chelsea Bridge and Vauxhall Bridge including the Northern Line Tube extension where 2 further stops are to be added from Kennington, imminent now for 2021.

New Covent Garden is also undergoing a complete overhaul. It’s already responsible for 40% of the fruit and vegetables eaten outside the home in London but the new model will also be a visitor centre where children can come and learn about what they should be eating! 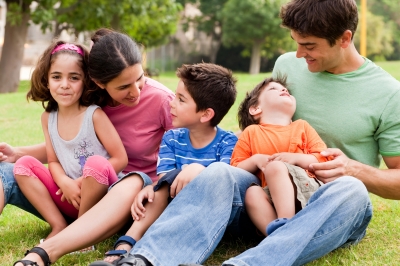 The park is a beautiful riverside space covering 198 acres between Albert Bridge and Chelsea Bridge. Some £11m of Heritage Lottery funding was spent on the park in 2002-2004 and it now deserves its place as one of the most popular green spaces in London.

It offers the perfect balance between a peaceful retreat (including the peace pagoda, erected in 1985) and an area with a wide variety of great facilities including a zoo, an athletics track, tennis courts and football pitches.

It is a firm favourite with dog walkers, runners and families, as well as playing host to many local events including an outdoor cinema screen in the summer.

Fact fans and pub quizzers….did you know - Battersea Park hosted the first football game played under the rules of the recently formed Football Association on 9 January 1864.

From the 1860s, Battersea Park was home to the leading amateur football team Wanderers F.C., winners of the first-ever FA Cup in 1872.

Northcote Road is the main shopping hub, with a wide array of high street stores and independent boutiques. It also offers an increasing number of cafés, delis, and artisan bakeries, and is home to one of Battersea's bustling street markets. Battersea Park Road offers another option and the area has more than its fair share of good watering holes – one of our favourites is the Latchmere which has its own theatre upstairs.

There are numerous cafés and restaurants too, appealing to a wide range of tastes including contemporary British fare and a huge variety of international cuisines. Captain Corelli is a very popular eaterie with a family run feel and we think the best coffee in these parts can be found at Coffee Affair in Queenstown Road Station.

Battersea is situated in Zone 2, and while it's not yet connected by Tube (there are many though who are happy to take the relatively short and scenic walk to Sloane Square), it's well connected for mainline stations. Those in East Battersea can choose Queenstown Road Station which provides direct, regular trains straight to Waterloo in 12 minutes or Battersea Park Station where you can get to Victoria in just 4 minutes. Clapham Junction has more trains running through it than any other Station in Europe and there are good bus routes to all parts of London. 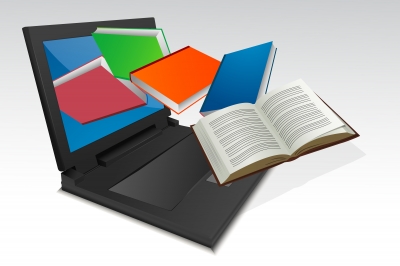 Battersea offers a range of schools and colleges, including the popular Honeywell and Belleville state primaries, along with plenty of secondary schools and a number of private schools – Newtown Prep is a notable one with great reputation.

Overall Battersea remains one of London's most desirable family neighbourhoods, and offers a real sense of community with a small town feel in a large city. Prices are rising fast as there’s a real sense that the future has so much to offer. There are those who have waited 30 years for work to start on the Power Station so it’s not before time but there’s no doubt the next 10 years look incredibly exciting and we can’t wait to see how it takes shape.