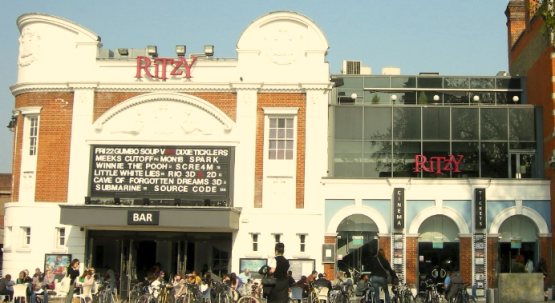 Staff at the Ritzy cinema in Brixton have won their campaign to save up to 34 of 93 positions that were under threat.

The owner of the south London cinema warned that the jobs were on the line after the success of their protests over not being paid the living wage. The Picturehouse's refusal to increase salaries to £8.80 an hour, led to strikes and calls by well known figures such as author Will Self to boycott the chain.

The cinema's rival, Curzon, has since said that it will pay London front-of-house staff the living wage, and now the Ritzy seems to have backed down. Workers claimed that the threat of redundancies was 'retribution' following their campaign.

Cineworld's finance director, Philip Bowcock however, indicated that he wasn't sure if the posts could be guaranteed in the future - saying "You can never say anything is indefinite."

We're pleased that the staff's jobs are safe at the Ritzy - our favourite picturehouse - for now. We hope that any ongoing problems managed to be smoothed out. We'll keep you updated as to any developments.