Tributes to Bowie on show at Affordable Art Fair 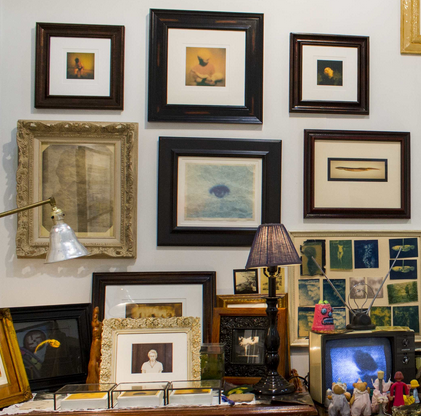 Space Oddity singer David Bowie, who was born in Stansfield Road in Brixton, will be will be remembered at the Affordable Art Fair in Battersea.

The singer, whose death from cancer at the age of 69 was announced at 7am on 11 January, was influenced by the London art scene throughout his career.

Several exhibitors at the Affordable Art Fair, which is being held at Battersea Evolution between 10 and 13 March, have contributed work inspired by the star.

Milly Girardot, from The Art Movement Gallery which commissioned the tributes, said: “Bowie was a musical hero to many and was mine since I was a teenager. He was unique in his conviction of striving to be true to his art and his brilliant artistic reinventions.”

The works include Atmospheres Of A Blackstar by Alvaro Petritoli plus Pett Level Ashes To Ashes by Dominic Harris, which was inspired by the video for the 1980 hit and includes references to the Thin White Duke and Lazarus.

More than 110 local and international galleries will descend on Battersea Park to showcase an array of original artwork, which is all available for between £100 and £5000.

The organisers say: “Whether you’re seeking something bright and bold, small and subtle or cool and captivating, with work by over 1,100 artists under one roof you’re sure to be spoilt for choice.”

More original artwork inspired by David Bowie can be in Tunstall Road in Brixton – the site of a mural featuring that star that became the scene of a mass floral tribute last month.

For more information of the Affordable Art Fair, click on the link below: