Leading property experts have criticised George Osborne after he announced in last week's Budget that tax relief for buy-to-let landlords will be slashed. 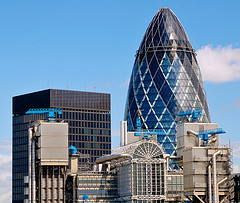 Fresh research from analysts at professional service firm PwC, showed that the new measures could have a detrimental knock-on effect on housing supply, with wealthier landlords who own multiple properties feeling the pinch if interest rates rise mid-2016 as predicted.

The government insists that the changes will affect just 20% of landlords, but experts claim that the policy could decrease the supply of properties on the rental market.

Phil NIcklin, a tax partner at professional service firm Deloitte, said: “This will hit those people who sank their money into property because they were getting no interest on their savings in the bank, or following the financial crisis, no longer trust the pension model, and are relying on rental income.”

Some view the decision as an attempt by the government to 'play to the gallery' by using landlords as their latest tax mule. Landlords have been portrayed in some quarters of the media as ruthless in their attempts to rip off tenants. However, this portrait is somewhat unfair, with recent surveys showing that over three quarters of tenants  in the private sector are satisfied with their landlords.