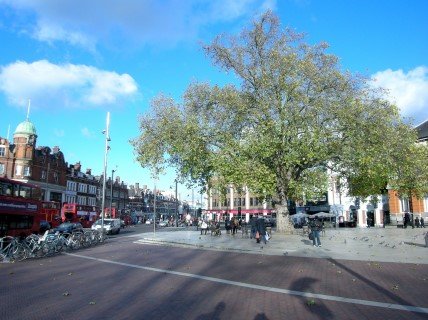 A seven-day celebration of independent music venues throughout the UK starts today at The Windmill Brixton when post-punk regulars Sleaze, Billy Prince Brown and special guests appear in the main room at the Blenheim Gardens venue. Admission is £3 and doors open at 8pm.

Independent Venue Week continues at The Windmill on Tuesday when Brixton Hill Studios presents Martin Creed and his band. Best known for winning the Turner Prize in 2001, Martin has been making punk-influenced music since the early 90s and has released records on both Moshi Moshi and his own Telephone Records label. Admission is £7 advance or £8 when doors open at 8pm.

Tickets for this gig and Thursday’s show – which sees Trashmouth Records present a line-up that includes Warmduscher, Meatraffle and Madonnatron – cost £5.

Independent Venue Week 2016 at The Windmill continues into the weekend, with Friday’s gig by Childhood – the band’s first in London for over 12 months – already sold out.

Danny and the Champions of the World, Jeb Loy Nichols, Joana Serrat, Simon Stanley Ward and The Shadows of a Doubt are among the line-up being presented by Loose Music on Saturday. Admission is £9 advance or £10 on the doors, which open at 6pm.

The week-long event comes to an end on Sunday when funk/punk/indie/soul outfit Shame top the bill. Tickets are £4 and doors open at 7.30pm.