Types of property in Battersea

Battersea’s popularity as a residential area is helped by the wide range of property types available in the SW8 and SW11 postcodes. From modern, waterfront developments to Victorian and Edwardian houses, period conversions and villas, families and young professionals seeking easy access to the City and a wealth of green space are spoilt for choice when it comes to finding the perfect home.

Most of the houses and flats in the area were built by the Victorians and Edwardians, although in the 1980s riverside flats started to be developed as house-hunters were priced out of Chelsea. As a result, two-bedroom apartments are the most popular types of property in Battersea, with the most sought-after locations being around Battersea Park and between the Commons.

Houses and flats on the north side of Clapham Common in streets such as Mysore Road, Longbeach Road, Sisters Avenue and Sugden Road are also popular, while the mansion blocks close to Battersea Park in Prince of Wales Drive and Lurline Gardens are in high demand.

These properties not only provide easy access to the park’s 200 acres of green space – including its sporting fields, boating lake and children's zoo – but also provide a perfect platform to view some of the large-scale events that take place throughout the year, including fireworks displays and the Formula E racing cars.

But Battersea is also a byword for regeneration. And with the area set to join the Tube network in 2020, now is the time to join the growing number of young Londoners and families who have already discovered this popular riverside neighbourhood.   The banks of the river in this corner of south-west London are now flanked by modern steel and glass structures capturing views of the Thames and offering underground parking, gyms, pools and concierge services.

The regeneration of Battersea is a work in progress, which took a giant step forward in late 2014 when the third phase of development at Battersea Power Station received the green light from Wandsworth Council.

The landmark redevelopments, which include multimillion pound schemes Riverlight and the glass-fronted Albion Riverside project, will add about 30,000 homes to Battersea’s housing stock plus new footpaths, cycle lanes, parks, a public square and riverside paths.

But they are not the only signs of change in the SW8 and SW11 postcode areas. Strict conservation regulations ensure the majority of building work is restricted to conversions rather than delivering an expanse of new-build developments.

This is why former warehouses that provide a permanent reminder of Battersea’s industrial heritage, schools and even a former police station now sit near turn-of-the-century mansion blocks and villas offering views over Battersea Park and picturesque cottages on tree-lined streets and squares that make up the Shaftsbury Estate – a late-Victorian grid of roads to the south of the railway line that carves a swathe through the area.

First and second-time buyers also favour the one and two-bedroom Victorian conversion flats, while families tend to go for the Victorian terraced houses with high ceilings and bay windows or the smaller Victorian terraces either side of fashionable Northcote Road.

To understand why Battersea offers such a diverse mix of properties, some of which have risen in value by 52% between 2009 and 2015, you have to travel back to a time before the area was a hive of industrial activity.

With the opening of Clapham Junction Station in 1863, the focus of Battersea changed from the riverside to St John’s Hill and Northcote Road, which became the main shopping area.

After 1870, streets of better quality suburban houses were built along Battersea Rise, and beyond, within reach of the commons. However, social conditions in the north of the parish were severely impoverished.

In all these periods of housebuilding, one factor distinguishes homes in Battersea from other parts of London. Residential property in what is now in the SW8 and SW11 postcodes was not built by a single landowner, architect or builder.

Excluding a few homes built along existing roads and within existing settlements, the majority of new building between 1790 and 1914 was on greenfield sites developed as “building estates”, ranging in size from less than 10 to more than 1,000 houses.

One notable example is the Shaftesbury Estate off Latchmere Road. Built as social housing in the 1870s by the Artizans, Labourers & General Dwellings Company, the 1000-plus homes estate is now a Conservation Area owned by the Peabody Housing Association, although many of the properties are owner-occupied.

However, the Victorian housing that remains in Battersea has a character quite different from the uniform streets and garden squares found in other parts of the capital.

But it fails to provide a clue as to why high quality residential property in Battersea is in such short supply. Part of the reason for this is Battersea’s industrial heritage made it a target for the German Luftwaffe in World War Two.

Bomb damage during the Second World War was particularly severe in Battersea. In just seven raids carried out in February 1940, an estimated 3000 homes in the district were destroyed and you don’t need to go far to find buildings that are out of keeping with their surroundings, providing an immediate contrast between post-war architectural styles and their Victorian neighbours.

But the German bombing raids did little to affect the number of new-build homes. Records show little housebuilding took place in Battersea between late Victorian times and the 1950s. The once exception is the historic Latchmere Estate, which escaped the attention of the Luftwaffe.

This now popular area of Battersea was the first council estate in Britain to be built by the local authority’s own workforce.

Sited on an area of allotments on the former Latchmere Common, when the 315 tenements and houses on the estate were completed in 1903 they were among the first in the country to come with luxuries, such as baths, combined ranges and electric light.

Prime property in Battersea remains in short supply because attempts to plug the gaping hole in the area’s quality housing stock left by the Luftwaffe proved largely unsuccessful. Blocks of municipal flats replaced much of Battersea’s Victorian housing before and for several decades after World War Two, while most of the 18th century and older buildings standing at the start of the 20th century had gone by the end of the 1960s.

Battersea’s long road towards regeneration – which will be completed when the Northern Line extension opens at Nine Elms in 2020 – started when Battersea Square Conservation Area was designated in 1972. 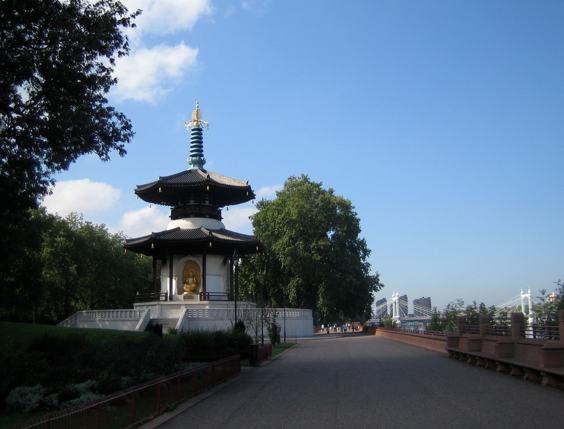 However, it was not until the late 1980s that sufficient improvement took place to dispel the long-standing down-on-its-uppers air of the square itself.

At the same time, the riverside industries west of Albert Bridge began to close down or relocate. This opened the door for the creation of high quality housing, such as the Trade Tower on Plantation Wharf and, most significantly, Nine Elms.