What's on in Battersea Park

Battersea Park is not just a place people come to for sports and recreation, or fun and relaxation. The Millennium Arena's facilities allow for a range of sporting activities and classes, while the zoo is a major attraction for families. But more happens in Battersea Park. In fact, the park hosts a wide range of events throughout the year, from charity fun runs to live performances and art antique fairs. Eden Harper provides a list of what's on in Battersea Park with details of the annual events staged here every year. 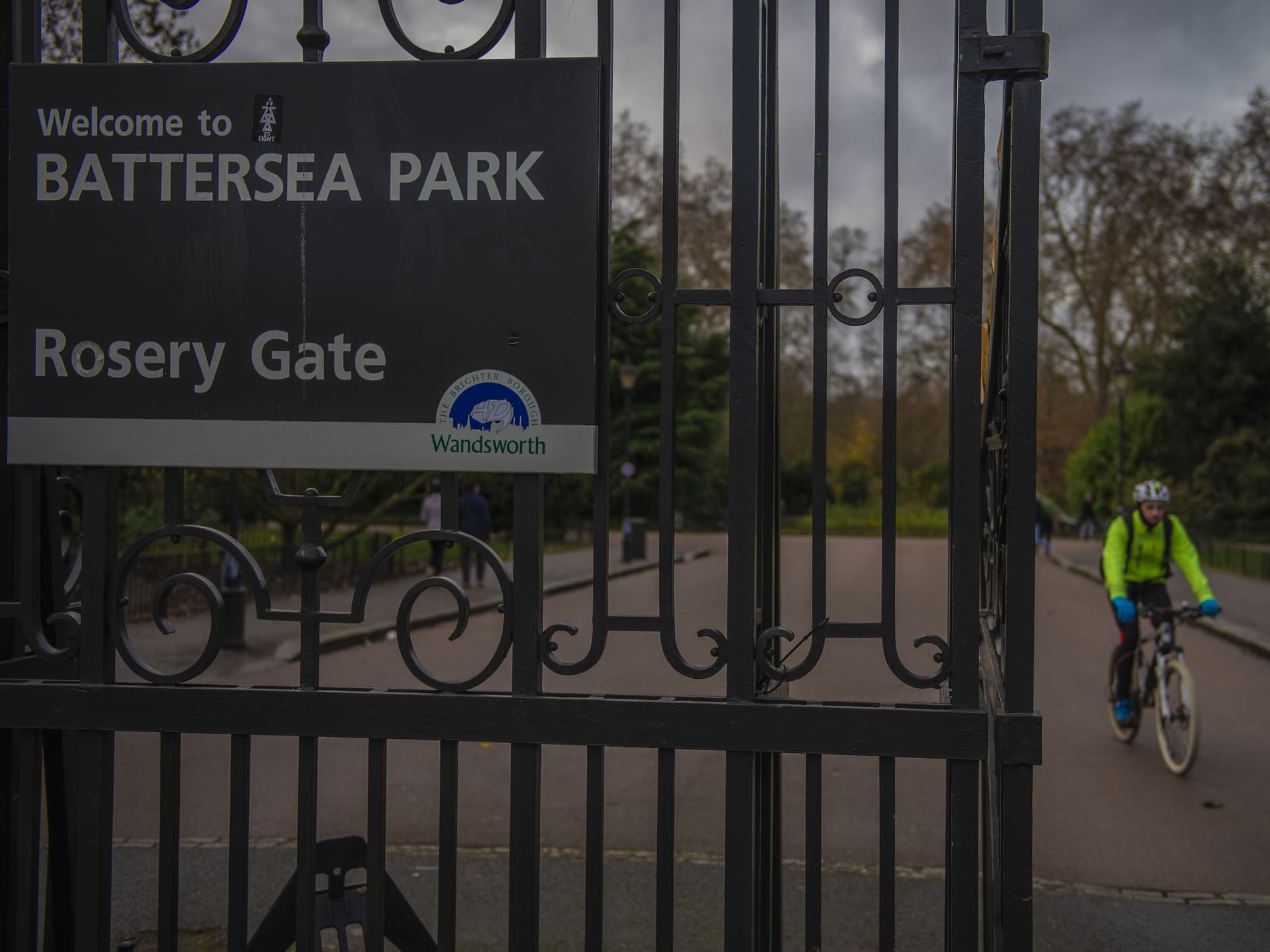 Held every winter, spring and autumn in Battersea Park, this event has become a destination for interior designers, antique dealers, decorators and anyone looking for something unique for their home.

With more than 140 dealers present, the items on show range from antiques and 20th century design to works of art, furniture, lighting, accessories, decorative pieces, one-off designs and everything in between. Visitors never know what they might find around the next corner. 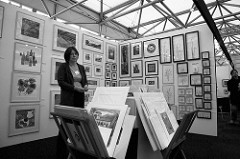 First launched in 1999, works by more than 1,000 artists are on display at this annual event that started following the success of the October exhibition. Whether you’re an art novice or a connoisseur, searching for a gift for a special someone or hoping to add to an existing collection, discovering the latest emerging stars or looking for a traditional talent, the Affordable Art Fair is the place to be for anyone wanting to pick up a piece of original art for under £500.

Held at Battersea Park Children’s Zoo, families can buy a quiz sheet and follow the clues to work out which animals are guarding Easter eggs. Further holiday activities include Easter card making sessions, Easter Bunny Day and Eggstravaganza day when visitors can see all the previously hidden eggs – from the smallest to the biggest – on display.

Your second chance of the year to browse and buy hard-to-find items for the home, including antiques and 20th century design for the home. This event started in 1985, with serious interior decorators and trade buyers crowding to see big-name contemporary tastemakers like Wakelin & Linfield, the textile emporium from Joss Graham, and Jonathan Potter's antique maps and atlases. Today, the number of items on offer has grown considerably, and it is now a permanent fixture in London’s design calendar.

A new event in 2016, global automotive brands will be displaying their latest innovations, hyper cars, hybrids, executive machines, MPVs and SUVs including the smallest most economic city cars, runabouts and motorcycles.

Billed as an inclusive event designed to cater for everyone from fleet buyers and industry bigwigs to learner drivers and children looking for the next car to pin up on their bedroom wall, this is not just a static display. The London Motor Show – the first event of its kind in the capital since the British Motor Show closed in 2008 – will offer off-site driving experiences on a nearby race track.

Free mini festivals are held most Sundays in summer at the Gondola Café in Battersea Park. Run by charity Music4Children, acts in 2015 included a wide variety of musical styles, from blues and country to reggae and rock.

The London leg of this global event requires every entrant to be part of a team of at least four employees from companies of all sizes. Individuals cannot enter the events, which are held on week nights immediately after work. 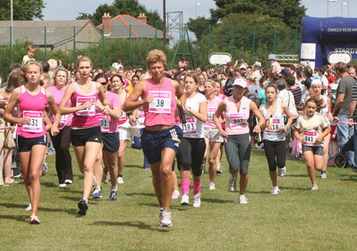 A women’s only 5k event organised by Cancer Research UK to raise funds for its work.

Live at the Bandstand

A free afternoon of live music and children’s entertainment at the Battersea Park Bandstand.

Organised by RunThrough, every entrant who registers in advance for the event will receive a medal, water, fruit and flapjack on the day. Each kilometre is accurately marked out with sign posts, while marshals are on hand to keep runners on track. 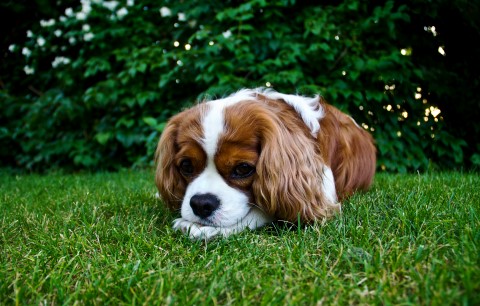 The Battersea-based animal charity takes over the park for one day every September when four-legged friends and their families come together for an action packed day of dog-themed events, games and competitions.

The free event offers a host of family fun including dog classes and trick displays, the chance to spot a Battersea-supporting celebrity, or two plus stalls to browse and tasty snacks to feast upon.

All the money raised from the annual event, which has been running for more than 20 years, goes towards caring for the thousands of lost, abandoned and unwanted dogs and cats who come into the charity’s three centres every year.

Like to winter and spring events, the autumn edition of the Decorative Antiques and Textiles Fair gives trade and private buyers the opportunity to rub shoulders with celebrities while viewing and buying painted, decorative and fine antique furniture, rare and unconventional objects, collectors’ items and elegant design dating from the 17th century to 1980.

First launched in 1999 when 10,000 visitors took advantage of the opportunity to pick up a piece of original art for under £500, the Affordable Art Fair now rolls into Battersea Park every March and October.

Up to 22,500 art lovers, art connoisseurs and art novices now come to each London fair to view and buy the work exhibited by more than 100 British and international galleries in a fun and lively environment. 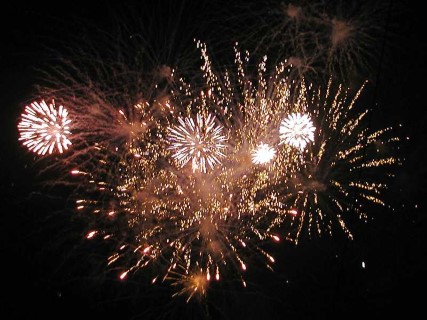 Held on the Saturday closest to 5 November, this annual event is now so popular that only ticket holders are admitted. Tickets go on sale in the autumn and sell out quickly, but the estimated 50,000 people who do secure entry into the display enjoy a night they will never forget.

Often cited as one of London’s most spectacular Guy Fawkes events, the fireworks and laser show is choreographed to a musical soundtrack, while the entertainment also includes a bar, food stalls and concessions selling glow products to make everything even more colourful. In recent years, gates open at 6pm, the bonfire begins to blaze at 7.30pm and fireworks kick off at 8pm.

This 6k charity fun run sees about 2,000 fundraisers dress up like Father Christmas every year. Entrants must register in advance. A long-standing community event, walkers, runners and children can take part. In 2017, the event will be held in support of Get Kids Going, a London-based charity which works with young wheelchair-bound people, helping them to enjoy life to the full.